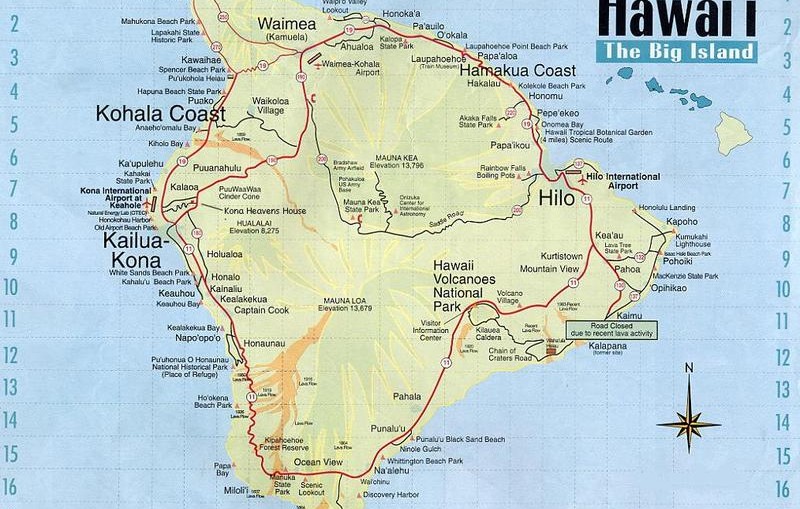 Home to the world’s tallest mountain and the world’s most active volcano, Hawaii is an island of extremes and superlatives. Where else can you go skiing on a mountain top in the morning and snorkel in a tropical sea in the afternoon? The southernmost island in the Hawaiian archipelago, the Big Island is also the largest island in the chain—bigger than all of the other islands put together–and is the largest island in the United States. Hawaii Volcanoes National Park is the state’s most popular attraction, which is pretty impressive considering just how many attractions Hawaii boasts. Whether you explore the desert-like Kona coast or the lush emerald rainforests of Hilo, the laid-back Upcountry around Waimea or the glitzy resorts of the Gold Coast, the Big Island’s many facets offer something for everyone. Hawaii is also the heart of Hawaiian history and culture, the seat of power for Pai`ea Kamehameha (or Kamehameha the Great), the legendary Hawaiian king who united the islands under his rule. A land of coral and lava, of fire and snow, the Big Island is awesome in its rich natural beauty and offers a dazzling array of vacation options.

Geologically, the Big Island, is the youngest of the Hawaiian islands, and technically, it is still forming—the volcanic activity and lava flows of Kiluaea mean that Hawaii’s land mass is growing all the time. Like the other islands in the Hawaiian chain, the Big Island was created by a volcanic hot spot in the earth’s crust deep under the Pacific Ocean. Five different volcanoes erupted to form the island, with two of them, Mauna Loa and Kiluaea, still quite active. The first human settlement on the island came sometime between 400 and 800 AD, when it was discovered by an ancient seafaring people from the Marquesas Islands, who traveled to the island using double hulled canoes and sophisticated navigation techniques. Later, Polynesians from Tahiti settled the island, calling it Havaii, which either means “ancient homeland” or refers to Hawai’iloa, the legendary Polynesian navigator who discovered the island. Polynesian society was complex and highly organized, focusing on a system of strict social rules called kapu, and a rigid caste system with a noble class, a priest class, an artisan class, and a peasant class.

The first European visitor to the island was Captain James Cook, who happened upon the islands in 1778 while searching for the fabled Northwest Passage. Captain Cook named the islands the Sandwich Islands after the Earl of Sandwich (who, coincidently, also invented the sandwich). The captain’s fortunes in the islands waxed and waned and ultimately ended badly. After finding great hospitality on the island on his first visit, Cook returned again in 1879 and was regarded at first by the Hawaiians as an incarnation of the great god Lono. His warm welcome soon wore thin, however, and he was killed in Kealakekua Bay following a scuffle over a boat he accused the natives of stealing.

Around the same time as Captain Cook’s ill fated second visit, a warrior named Kamehameha was born on the Big Island. Kamehameha dreamed of uniting all of the Hawaiian islands under his rule, and accomplished this great feat by finally conquering Kauai in 1810. American Missionaries arrived in the 1840s, and began to influence the culture and development of the islands, and the development of the sugar industry and trading ties with the larger world brought immigrants from China, Japan, Portugal, and the Phillipines, the start of Hawaii’s identity as a cultural melting pot.