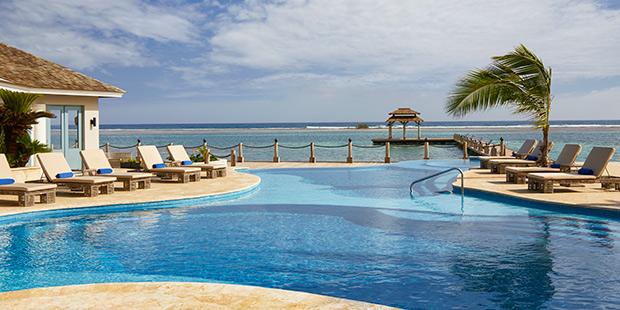 Jamaica’s second largest city second only to Kingston, the country’s capital, Montego Bay is a bustling paradise popular for its glorious golden sand beaches, duty-free shopping and adventure aplenty. Mo Bay is also one of the world’s hottest tropical destinations with its thriving cruise port and large selection of fabulous resorts.

Montego Bay is a lively city bustling with nightlife. Many of the area’s most popular hotels are sprawled along the island’s northwest coast and are close to all the hottest attractions on Gloucester Avenue, aka “the Hip Strip.”

Jamaica specializes in marinating meats with dry or wet rubs in a style of cooking referred to as jerking. These rubs are often a combination of spices such as pimento, sugar and scotch bonnet peppers. To perfect the flavor, the meats are then cooked over wood coals. Many of Montego Bay’s most popular dining options are located along Gloucester Avenue including Tastee, the Groovy Grouper, the Pelican Bar & Grill, the Pork Pit and The Native.

Foodies will also want to take note of the Jamaica Blue Mountain Culinary Trail where they can savor delicious eats from restaurants and cafes along a route that ascends the foothills of the Blue Mountains.

From thought-provoking art to a wild night on the town, Montego Bay has a little something for everyone. Looking to soak up that island lifestyle? Take a trip to sea on a catamaran. Want to give your kids a good story to bring back to their friends? Take them on a zip-lining adventure of a lifetime. No matter your vacation needs, Montego Bay has plenty of fun to offer.

With ties to Christopher Columbus, Spanish colonies, sugar farms and slavery, Montego Bay has a complicated history that led to the slave rebellion of 1831. Things slowed down for the island post-slave emancipation until the boom of the banana trade and tourist trade in the 1800s. Today the bay is a popular travel destination with fabulous resorts and busy cruise ports. Here are a few historical sites travelers can visit near Montego Bay: